In times of change and uncertainty (and if we're being honest, most of the rest of the time too), a high performing team is the most reliable source of innovative ideas.

The right group of people with the potent combination of know-how, rapport and freedom can solve just about any problem.

In the Harvard Business Review, Ashley Goodall and Marcus Buckingham note: “In essence, we have treated organizations like increasingly complex machines in which the humans are but component parts and in which the solutions to any ills involve tweaking the system from the top — by addressing culture broadly — or by upgrading the individual components, the humans, themselves.”

But it’s neither the organizational culture nor individual performance that dictates success. It’s the teams those individuals are part of.

So how do we create these bottomless fountains of innovation? I’ve identified eight characteristics that leaders should cultivate to build outstanding, truly Agile teams.

Teams need a clearly articulated rationale for why they’ve come together for many reasons. For the marketing teams I work with, one of the most crucial is the need for a filter.

Marketers get inputs from all across the business, which need to be balanced against our own strategic plans and recurring activities. Without a clear reason for their existence, marketing teams end up becoming order takers.

We can’t say no to anything vaguely marketing-ish, so we take on too many projects and nothing gets done.

When there’s a clear purpose for a team, they can evaluate requests, projects and ideas against that purpose. If something aligns, great. We’ll prioritize it and tackle it. If it doesn’t, we’ll politely decline the request so we can focus on the work that helps us meet our team’s goals.

Ideally teams in general, and marketing teams in particular, should form around customer-centric goals.

Rather than default to functional silos (communications, brand, digital, etc.), we reconfigure teams so they’re designed to provide value to customers early and often. This can be as simple as following a traditional funnel, where one team focuses on building awareness, another team focuses on converting that audience into customers, and a third team builds loyalty and increases retention.

With this model teams become experts in solving the problems of people at a particular point in their buying journey. They speak the language of those customers, and they focus on their energy on making them happy and successful.

That’s where the magic happens. 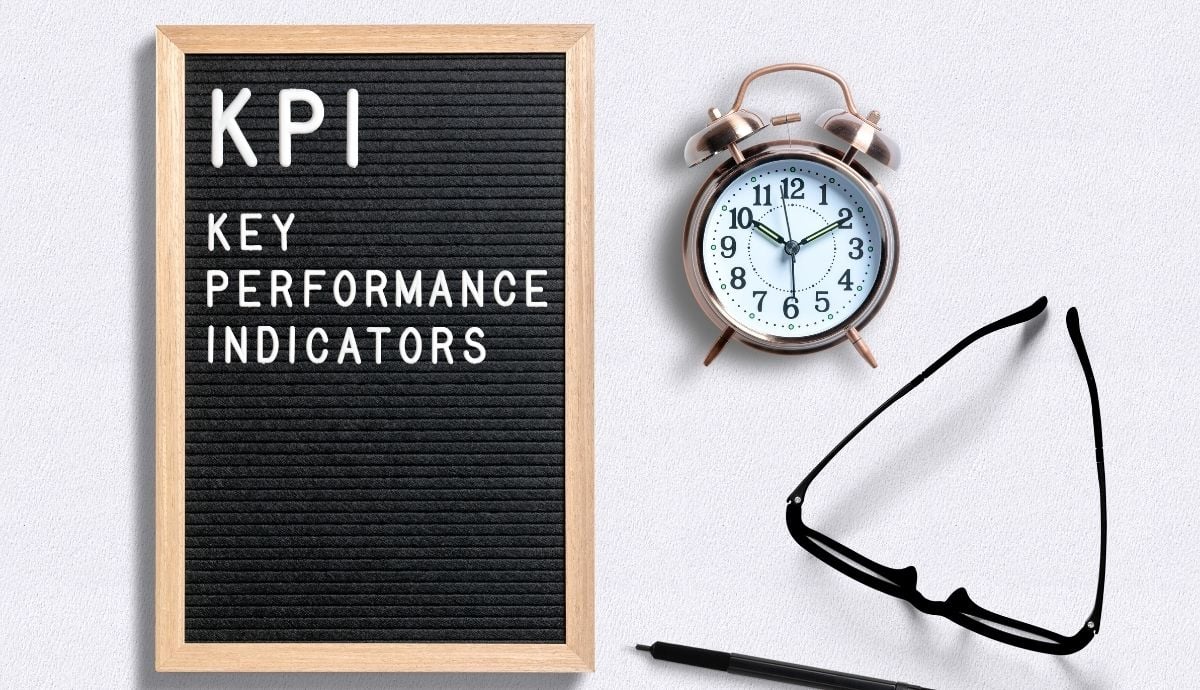 Closely tied to the team’s shared, customer-centric purpose is their focus on a few core KPIs (key performance indicators).

These metrics indicate whether or not the team is effectively working toward their goal, and allows them to further refine their selected activities.

Let’s stick with our funnel-based teams example. The conversion team for a B2B organization might concentrate on delivering Sales Qualified Leads (SQLs) as their main metrics. If they market software, it might be converting free users to paid.

Whatever the measurement of choice, it’s vital for the team to use it as their North Star. Any and all work done gets evaluated based on its potential to help drive toward the team’s KPIs.

As with team goals, the KPIs provide a focusing mechanism and allow the team to amass expertise in a particular kind of activity. Over time they become pros at serving their customers and driving toward their objectives, rather than short-order cooks who race around trying to deliver on every request they receive.

Owners of the 'How'

For the teams to truly provide amazing solutions to thorny problems, they need a high degree of autonomy around the way work gets done, otherwise known as the how.

The senior leaders and executives still own the “what.” They identify organization goals and objectives, then clearly communicate them to all departments. But once they know the destination being sought, it’s up to the teams to decide on the route they’ll take to get there.

Remember, this is a group of people who have come together (and ideally stayed together for a long time) to provide value to a customer at a particular stage of their buying journey. They have a huge amount of expertise to apply, so we should let them do so.

Overly prescriptive demands strip teams of their motivation and make them feel disconnected from the work they do.

So leaders, make your expectations clear, and then get out of your high performing teams’ way.

As Cross-Functional as Possible 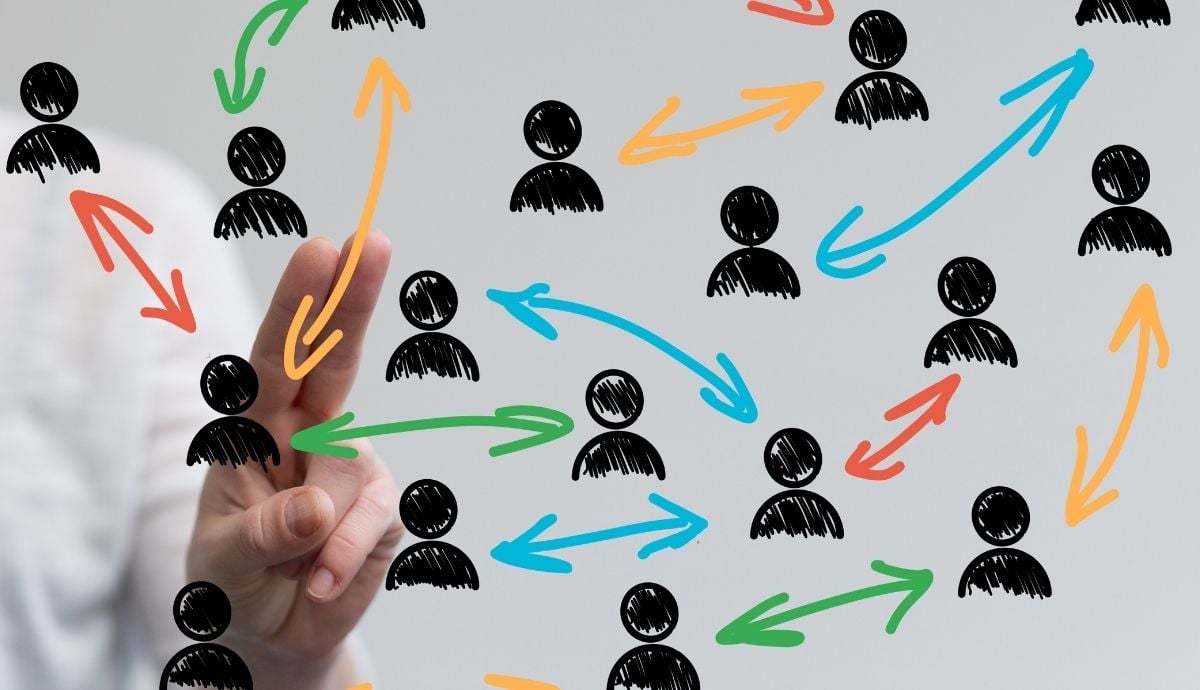 A cross-functional team contains all the necessary skills for completing their work. They don’t need to rely on groups outside their unit to get things done.

This is an ideal state because it increases their productivity while reducing their waiting time. It also gives them greater ownership over the end to end completion of projects, campaigns, etc.

Pure cross-functionality is, however, often a challenge, particularly in marketing where we have a large number of subject matter experts who need to contribute only occasionally to pieces of work.

It’s therefore important that we evaluate the skills needed for each team to reach their established KPIs and try to staff for those capabilities. That’s a far better use of resources than trying to create multiple carbon copies of the same team.

So your demand generation team may need a lot more content-focused marketers than retention. Email skills may be crucial to the conversion team, but not as important for demand.

Distribute for cross-functionality, and don’t worry if the teams look very different from each other.

This next characteristic may seem to fly in the face of my last one, but high performing teams need to be fairly small, ideally between four and 10 people. There are options for organizing teams outside this size range, but the research is clear: smaller teams get more done and innovate more often.

Use Jeff Bezos’ famous pronouncement as your guide: if you can’t feed your team with two pizzas, it’s too big.

The bigger the team gets, the more of its time will be spent communicating and navigating internal relationships. We want teams focused on delivering customer value, not wondering if they need to “loop everybody in” to their current project.

This may mean some occasional interdependencies among your Agile teams, but lightweight Agile tools like a scaled daily standup, also known as a scrum of scrums, can allow for rapid connection between these small teams.

(You can find out more about inter-team processes in my latest book, "Mastering Marketing Agility.") 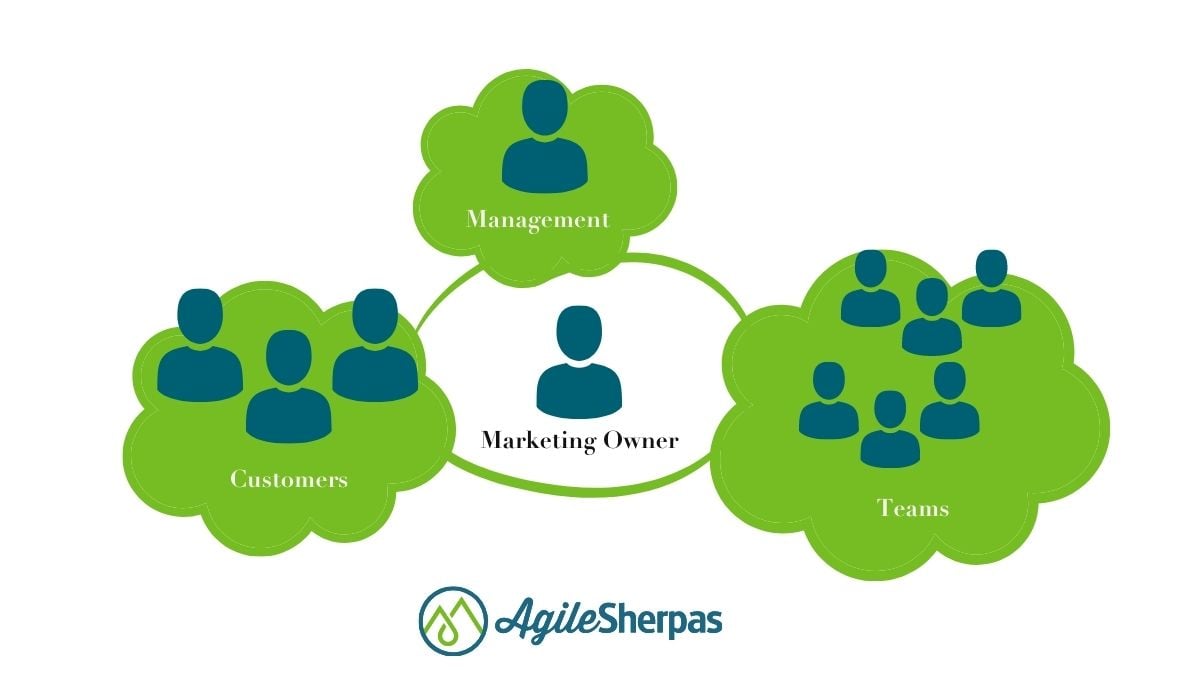 When teams do need to interact with one another, and when internal stakeholders need to bring them requests, there should be one — and only one! — person to talk to. This stable point of contact should spend most, if not all, of their time setting the team up for success.

For those familiar with Agile frameworks, you can liken this person to a Product Owner. But since most teams outside software aren’t actually building a product, it’s often useful to adapt the nomenclature.

Marketing Owner can be one useful adaptation of the name, or you can just call them a team lead.

Whatever their name, this person acts as the buffer between the team and its stakeholders. This role frees up individual contributors to focus on executing outstanding work.

For fully functioning Agile teams, the team lead will be responsible for maintaining their backlog. For those who haven’t fully transitioned to Agile ways of working, this person will ensure that the team is tackling the right work at the right time.

The team lead also connects the team to a larger strategy, at both the departmental and organizational levels. Together with their shared purpose, this connection provides a clear North Star for the team to work toward.

There should be a clear throughline from the daily activities the team spends their time on and larger goals. Project management tools are useful in this regard, as they allow for tagging work items with certain labels that show with goals they support.

If it’s tough to connect a piece of work to a bigger goal, maybe it’s not the right thing for the team to be working on.

By keeping these connections (or lack thereof) clear in a workflow management tool, you can develop a clear picture of what percentage of the team’s time is spent on particular goals. And, sometimes more importantly, you have a data-driven understanding of how much time is spent on non value-adding work.

Last, but certainly not least, high performing teams need psychological safety. The term was first coined by Dr. Amy Edmonson, and its impact explored by Project Aristotle at Google.

It essentially means that team members need to feel safe speaking their minds, even if that means fundamentally disagreeing with leaders or fellow team members.

After studying thousands of teams, Google discovered that the presence of psychological safety was the most stable predictor of team success. Team composition, leadership, capabilities — none of these were as common in high performing teams as psychological safety.

Of course, you can't just show up one day and declare that psychological safety now exists.

It’s built over the long term by consistent, repeated actions, like not cutting people off in meetings, listening to everyone’s input, holding regular retrospectives and acting on their outputs, etc.

High Performing Teams: Tough, But Worth It

Building high performing teams can be a painstaking process. But the good news is once you have them, you have an inexhaustible engine for problem solving and innovation.

Use this eight-point checklist as your guide, and you’ll have teams ready to solve any problem that comes their way. 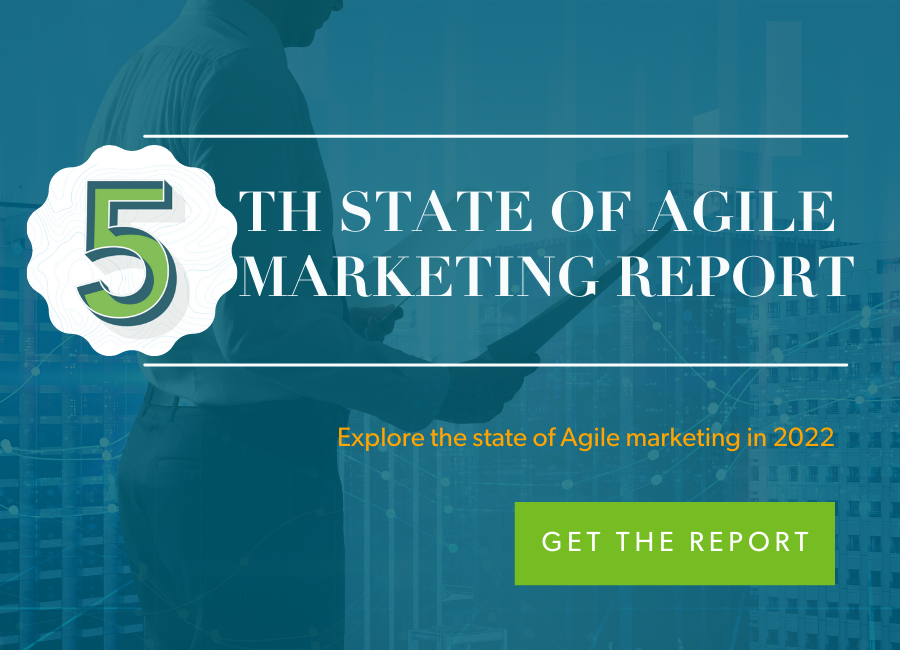